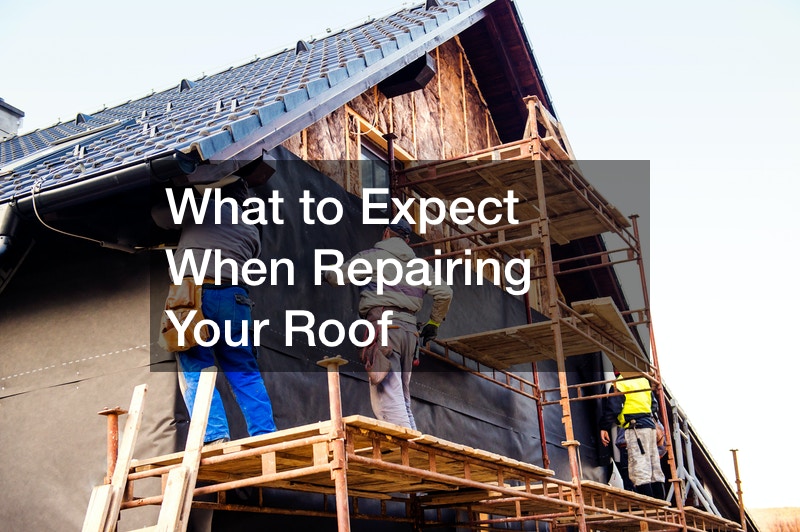 This video discusses roof repair and what someone should expect when repairing a roof. The speaker talks about roofing and how dangerous it is. Some projects are acceptable for DIY work, while the homeowners clearly need to make a phone call on other projects.

The speaker in the video is talking to the viewers while a crew is working on his roof.

The key tip that the speaker gives is to expect the crew to do exactly what’s written in the contract or agreement. The homeowner cannot expect the crew to do anything else other than that. That’s why it’s highly important to get everything written down on paper and settled before the job starts.

The first step on the first day should be setting up a tarp to protect everything in the area. It’s a preventative measure so that the site remains safe. The tarp will catch all the debris and nails so that the workers can quickly get them out of the way. The site project plans and project management plans should be in the contract with the rest of the information as well.

Securing the roof area so that the workers don’t slip and fall off is the next step in the process. The first five minutes of the project are always the most dangerous.